The name “Kiwanis” was adopted from an Otchipew American Indian expression, Nunc Kee-wanis, which translates in a variety of ways, such as “we meet,” “we trade,” and “we share our talents.” Kiwanis International founders translated it as “we build.” In 2005, Kiwanis chose a new motto, “Serving the Children of the World.”

“Kiwanis” was not the original concept or name. The idea for the organization originated in 1914 in Detroit, Michigan, between Allen S. Browne and Joseph G. Pearce, who began asking business and professional men if they would be interested in forming a fraternal organization that had a health benefit feature. Browne received $5.00 per enrollment member as his operating budget. They recruited enough members to apply to the state for nonprofit status. The state approved the application on January 21, 1915, and The Supreme Lodge Benevolent Order Brotherhood was formed. The name was changed to “Kiwanis” a year later with the Kiwanis Club of Detroit as the original club. By 1927, the organization had more than 100,000 members and, with the enrollment of the Kiwanis Club of Hamilton, Ontario, Canada, in 1916, was now an international organization. Membership was limited to the United States and Canada until 1962 when global expansion was approved.

Today, Kiwanis International has a worldwide membership of almost 600,000 in all categories (Categories means club members worldwide as well as our Service Leadership Projects (Key Clubs. Leadership clubs, Bugs programs, etc.) and is operating in more than 90 countries. Women were admitted in 1986 and today Kiwanis is comprised of approximately 75 percent men and 25 percent women.

“My first full-time boss (after high school), Chuck Fiduccia, Superintendent of Parks and Recreation, Rockford Park District, was my first exposure to Kiwanis. I really did not understand what Kiwanis was all about at that time; I just knew he was very dedicated to the organization. When I moved to Phoenix, my neighbor, Filmore Bender, invited me to join Surprise Kiwanis. The invitation not only brought back lots of memories but was an important opportunity for me to truly learn and experience Kiwanis. I had no idea they did so much for children around the world. More recently, I was involved in the Arrowhead Kiwanis.”

About The Arrowhead Kiwanis Club
of Glendale, Arizona 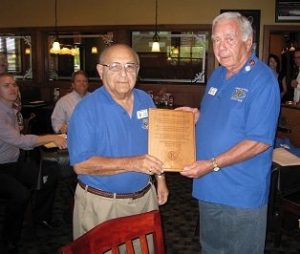 Frank Mills, Kiwanis Membership/Orientation Chair:  “Our primary goal is to serve children and children’s organizations in our local metroplex and through global projects. The following are ongoing local service projects, and some of them have been in operation for several years: 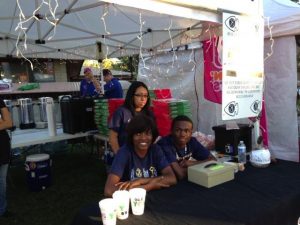 Globally, we support the Eliminate Project, which is a worldwide effort to eliminate maternal neonatal tetanus in 40 countries. Last year MNT was eliminated in ten countries; we still have 30 countries to go before this dreaded disease is eliminated—while MNT is almost 100 percent preventable, a child dies from tetanus every nine minutes in one of these 30 remaining countries). With this collaboration between Kiwanis International and UNICEF, the goal is that these remaining 30 countries will be MNT free by 2015.

We are all volunteers and we are always seeking committed, caring people to join our service club.”