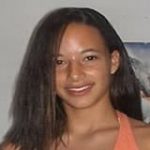 Kaitlyn Marie Sudberry was a beautiful, vivacious, artistically talented young lady. Her ambition was to make the world a better place; however, her goal was cut short when she became the victim of a boyfriend’s rage. She is not alone. It is a global issue. And you can help! The Sudberry family’s fight to help prevent others from experiencing a similar loss promotes  P.E.A.C.E.—Patience, Empathy, Acceptance, Caring, Equality. Did you know that 81 percent of parents admit that they had no idea their teen was experiencing dating violence? Plus, a national study by the CDC (Center for Disease Control) which also addresses issues regarding intimate partner violence, states that 33 percent of students surveyed report knowing someone in a violent relationship. 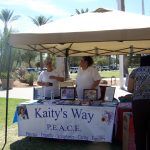 On Monday, January 28, 2008, our lives were shattered, literally obliterated. What we knew as normal no longer existed after we heard the devastating news that afternoon. One of our children, our seventeen-year-old daughter, Kaitlyn Marie Sudberry (Kaity), had been murdered by her ex-boyfriend not more than 100 feet from our front door. That morning when we exchanged I love yous, how was I to know that it would be the last time I would hear those words from her?

was a fun-loving sweet girl who had her whole life ahead of her. She was a high-school senior, and she had been accepted to Northern Arizona University to study wildlife sciences. She loved nature, animals, gardening, vacationing, family time, sports, music, art—and she loved trying new things. She was my football, shopping, and gardening buddy. Why is she not here doing those things with me today?

She was sixteen years old when she met Daniel Byrd at school. They became friends, and then started dating. She brought him home to meet my husband and me. He was very polite and mannerly and held a good conversation with us. He said he liked Moon Valley High School and was on target to graduate. He told us a little bit about his family. He seemed like a very nice young man. He appeared to treat Kaity very well. They did the usual things that teens do when dating. They went to the movies, walked to and from school together, hung out with friends. It appeared to be a normal, healthy teenage dating relationship.

However, six months later, everything changed. Daniel became very possessive and controlling of Kaity. He didn’t want Kaity to share her time with anyone, including her own family, and he became very upset and verbally abusive if she did. Time went by and with every blow up there was an apology; yet Daniel’s behavior continued to escalate as the relationship progressed. It became very dangerous for my daughter.

tolerated his behavior for about six more months, but eventually she ended the relationship in late December 2007. Daniel was beside himself, and nearly a month later, as Kaity walked home from school, he followed her home. As she approached our house, he shot and killed her and then himself. That day will forever live in my memory as the absolutely worst day of my life.

My family was so overcome with grief that it was hard to see beyond the tragedy. We would question ourselves whether we had done everything we could have; and we would remind ourselves that we could not see this coming.  When Kaity broke up with Daniel there was very little we could do legally to protect her from his abuse. What we did not know, and the experts will tell you, is that once someone leaves a violent relationship it is very possible that that person’s life just became 75 percent more dangerous. We tried to get an order of protection after he assaulted her for the third time and threatened to kill her. Unfortunately, the nature of their relationship did not meet the guidelines required by the law to grant an order of protection. Apparently, according to the law, the three times he assaulted her did not warrant an arrest.

After the fog had lifted and we had returned back to work and to what was left of our lives, I began doing some research. I had been asked to tell Kaity’s story from my perspective at a domestic violence conference, and I was preparing for it. I was completely blown away with what I found. I was learning that what happened to our family has happened to many others. I also realized that what happened to our family did not only affect us, it affected our community and beyond. We had actually received condolences from people in the U.K. My sister and my oldest daughter were watching as I was shaking my head in dismay. I looked at them and said, “We have got to do something about this.” From this, Kaity’s Way was born—www.kaitysway.org. The wheels were in motion; by September 2008 we had become incorporated, and we received exempt status approval in March 2009. Simultaneously, I was working with the Arizona Coalition Against Domestic Violence and former Senator Jonathan Paton on a bill to change the law in Arizona so that those in a dating relationship are protected under the law. It was totally a team effort. We prevailed and this bill became known as Kaity’s Law on September 30, 2009. 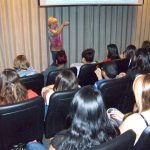 We have made it our mission to promote understanding and educate the community to lessen the instances of violence among and against children through P.E.A.C.E.—Patience, Empathy, Acceptance, Caring, Equality. Our vision is to provide awareness and education that will bring about the prevention of violence and create a societal shift providing a generation of healthy respectful relationships to be followed by many others.

The first year of Kaity’s Way I was working a fulltime job and volunteering with Kaity’s Way. Between the two I was putting in sixty to eighty hours a week. The second year I was still working fulltime, but I had suffered another devastating loss. My sister passed away in June 2009 unexpectedly, and three months later on September 11, 2009, I was diagnosed with breast cancer. I took a leave of absence from work and kept Kaity’s Way going the best I could with the help of family, friends, and volunteers. As of late 2010, the demand for our services had increased exponentially. Therefore, my husband and I made a decision to take a risk, and I walked away from my day job. I have since dedicated my time to Kaity’s Way. Since 2011, Kaity’s Way has participated in more than 200 events (216 to be exact) and has directly shared Kaity’s Story with nearly 15,000 individuals. Through display tables we have provided awareness, information and literature to more than 16,000 members of the community throughout the United States. This does not include the media appearances on local television, as well as local and national radio and our website (www.kaitysway.org) which has been visited by people all over the world from more than 75 different countries.

Our fight against domestic violence started with our daughter, Kaity, and the formation of katysway.org. According to the more than 4000 surveys completed by students, we are having a positive impact on them; and the results speak for themselves.

The good news is that 98 percent of students believe that they would recognize the warning signs of abuse in a relationship after hearing Kaity’s story; and they would help spread the awareness and join the fight.

Overall, our children are telling us that they want and need this education. That being said, we have much to do, and we aim to do it. This is a societal issue. We need help on so many levels to create the shift to healthy relationships. Will you join us in our efforts?